At approximately 8:45am on December 6, 1917, the SS Imo and the SS Mont-Blanc collided in the Narrows of the Halifax harbour. The resulting sparks ignited a heavy load of munitions on the Mont-Blanc that was intended for the battlefields of WW1. As the relief vessel Imo drifted towards Dartmouth, the crew of the Mont-Blanc abandoned their blazing ship and rowed their lifeboats across the harbour towards safety, reaching shore at the Mi’kmaq settlement of Turtle Grove. Wedged alongside the wharf at Pier 6 on the Halifax waterfront at the foot of the working class neighbourhood of Richmond, the Mont-Blanc exploded at 9:04:35. No one other than the Mont- Blanc crew and the harbour pilot had been notified that the ship was loaded with a lethal cargo of munitions. The resulting explosion, tsunami and fires that raged through the neighborhood of Richmond killed almost 2000 people and injured 9000 more. Thousands of homes and businesses were destroyed. The Halifax Explosion was the largest human-made explosion until nuclear weapons were used to annihilate Hiroshima and Nagasaki in 1945.

NiS+TS’s work in the debris field of the Halifax Explosion demonstrates how the past and present haunt the future, and asks what is learned through a contemporary practice of exploring interdisciplinary methods for creating historical knowledge and understanding. The Halifax Explosion was not an accident. It was an inevitable and predictable wartime disaster that was inflicted on a civilian population that was far from the battlefields. Like most disasters, it affected indigenous people, the working class and poor disproportionately. The work of providing relief, support and solidarity, and then of rebuilding the city, was carried out primarily by those same communities of everyday people. In the ongoing militarization of the cultural landscape of the harbour, the burden of impending disaster continues to be borne by ordinary people.

Disaster, along with moments of social upheaval, is when the shackles of conventional belief and role fall away and the possibilities open up. –Rebecca Solnit, A Paradise Built in Hell: The Extraordinary Communities that Arise in Disaster (New York: Viking, 2009) 97 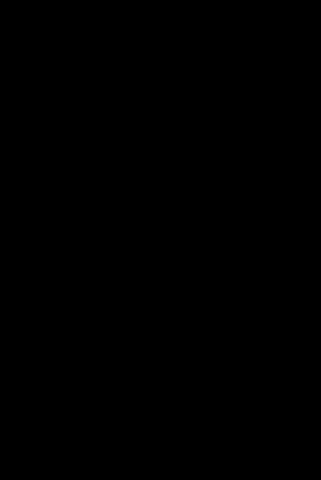 The "Drifts" app allows users to interact with past and present realities of the Halifax Explosion in real time as they explore the debris field on foot. Read More 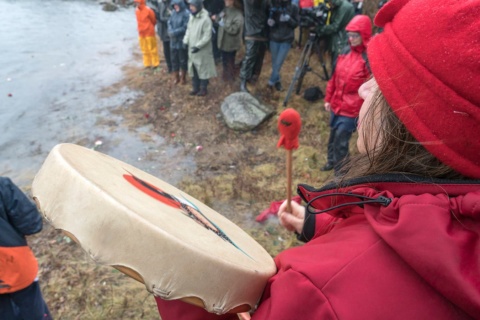 On December 6, 2017, exactly 100 years after this tragic event, NiS+TS members gathered together with Catherine Martin of the Millbrook First Nation to commemorate the Mi'kmaq settlement lost in the disaster. Read More 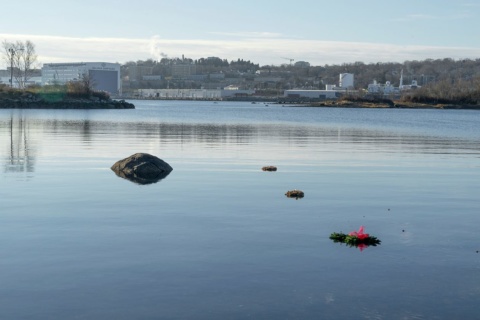 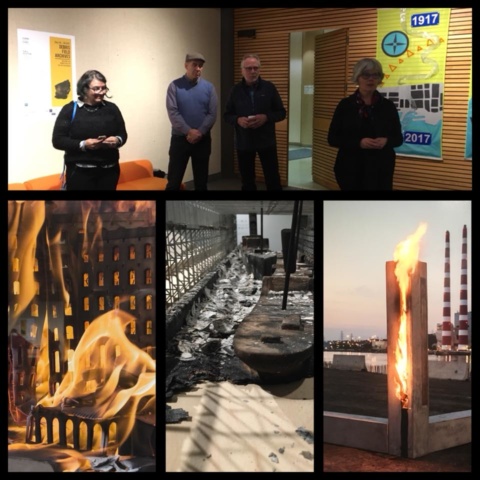 This exhibition, organised by NiS+TS and held at the Nova Scotia Archives' Chase Exhibition Gallery during December 2017, compiled debris recovered from the contemporary geographies of the Halifax Explosion over the several-year-long Walking the Debris Field project. Read More 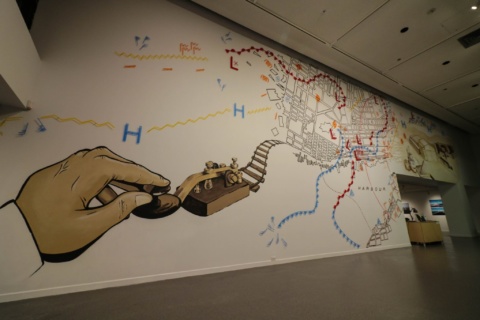 This exhibit compiled images, videos and found objects from the various dérives/public walks of the Walking the Debris Field project, from its beginnings in 2014 to the Halifax Explosion centenary in 2017. Read More 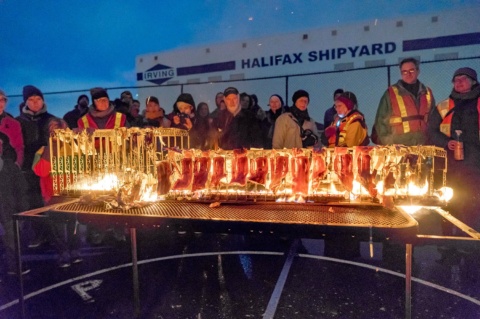 The final walk of the Walking the Debris Field project that took place on December 3, 2017, marking the centennial anniversary of the Halifax Explosion. Read More 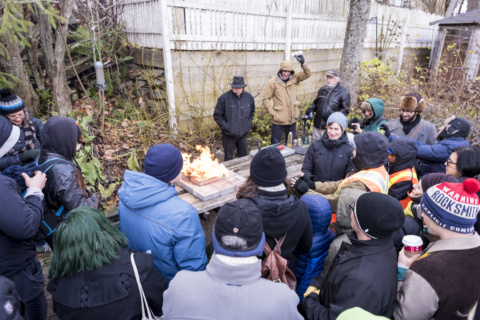 "Walking the Debris Field: Towards Pier 6", a public art/ walking event in the area of Halifax closest to Ground Zero, marking the 99th anniversary of the Halifax Explosion. Read More 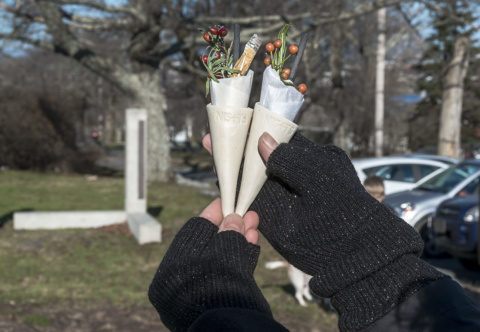 An experience in the present, the walk mapped some of the narratives and artifacts from the past, focusing on stories and sites associated with NiS+TS' debris field walking route "A Natural History." Read More 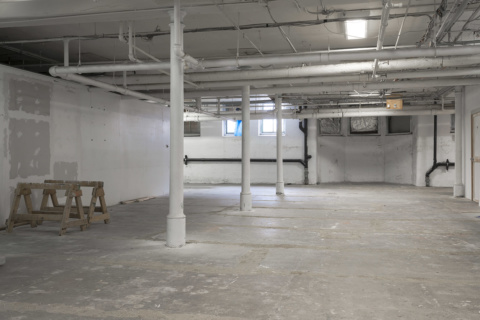 "Aftermath" was a public walk art event focused on sites and stories associated with the first minutes, hours and days after the Halifax Explosion of December 6, 1917. Read More 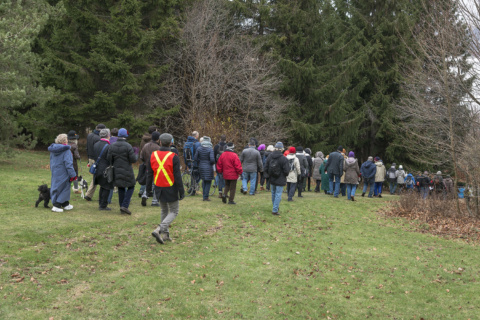 The Halifax Explosion of December 6, 1917 reverberates as a definitive moment around which powerful themes of destruction and reconstruction, urbanism and community continue to circulate. Read More